It was just another hike to Mt. Monadnock in New Hampshire on a cold blustery January day. Sam, Senthil and I went up the classic white dot trail – the most direct route to the summit. Half way up the hike, we met fellow hikers who told us about Larry David who climbed Mt. Monadnock, irrespective of the weather, for almost 8 years every day of the year between 1992 – 1999. That adds up to 2923 times including the leap years. He continues to climb the mountain nearly everyday even to this day as of January 19, 2013. The hikers described him as easily recognizable with his long hair and a ponytail and a bright yellow jacket. We were eager to meet him and hoped to run into him along the way. 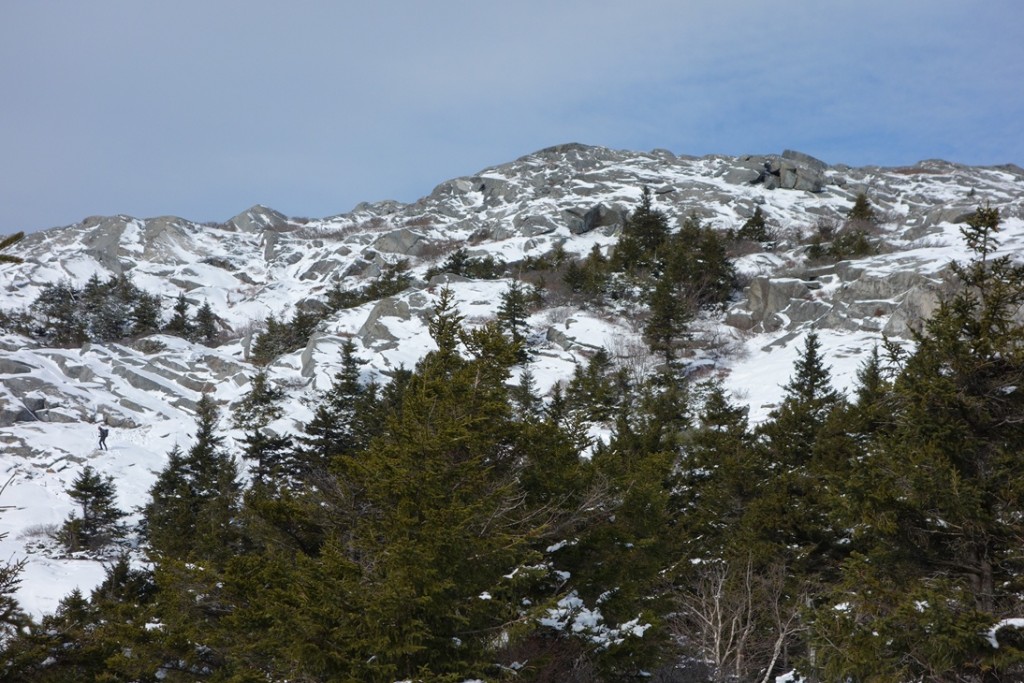 We continued our hike up the mountain and I couldn’t help wonder why Mt. Monadnock is so widely popular and climbed by so many people, making it the 2nd most climbed mountain the world after Mt. Fuji in Japan.

Ralph Waldo Emerson was enamored by the mountain and he poured his love for the mountain with his poem Monadnoc. Henry David Thoreau climbed it  4 times between 1844 – 1860 and he described his experiences in his journal: “Almost without interruption we had the mountain in sight before us,—its sublime gray mass—that antique, brownish-gray, Ararat color. Probably these crests of the earth are for the most part of one color in all lands, that gray color of antiquity, which nature loves.” Monadnock was clearly one of Thoreau’s most favorite mountains as it features in his poems and other writing.

So, what makes this mountain so special? What brings inspiration to so many people who come back again and again to climb this mountain? The trail up is just 2.2 miles – nothing extraordinary. The bare rocks and some steep sections become icy in winter, but nothing a pair of micro-spikes cannot handle. For heavy snow conditions, the mountain offers excellent snow-shoeing opportunities. The views of the barren mountain top along the way, 360 panoramic views from the top, good challenging hike for new hikers, easy accessibility, proximity to Boston etc. all make this a popular hike, but that still doesn’t explain why this mountain is so special with its amazing statistic. 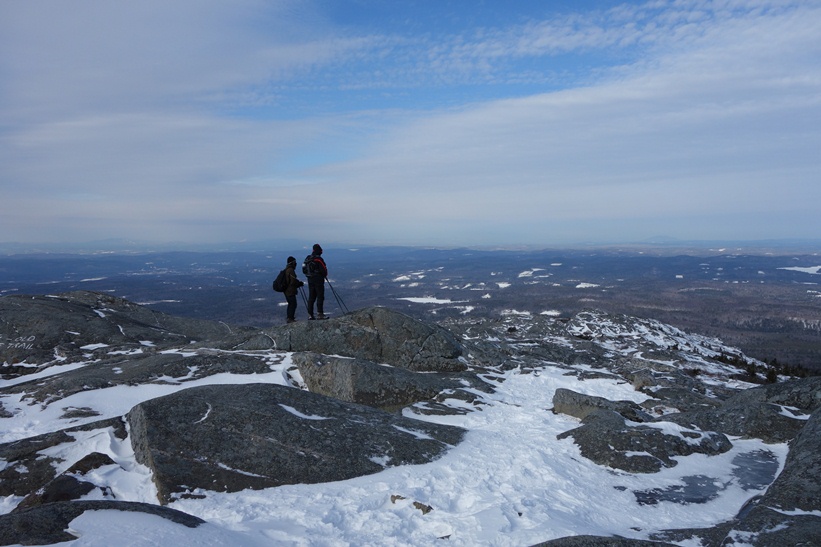 Hikers looking away from the mountain

We reached the summit where the wind was blowing at close to 40 miles per hour with windchill reaching around 20F. As we looked around, we heard someone calling out “Larry”. There he was, with his bright yellow jacket, his hair ambulating with the wind and his famous ponytail. It was like meeting a celebrity; we shook hands and took pictures with him. 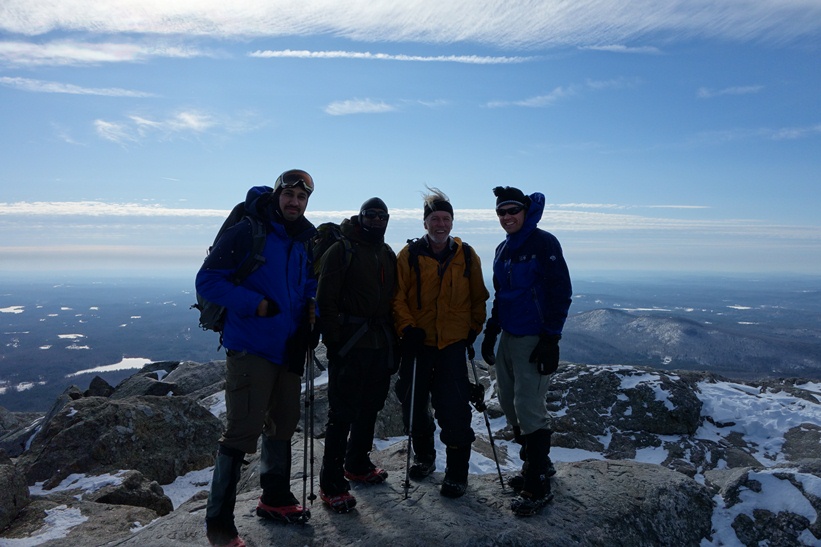 Larry Davis (third from left) with Senthil, Kumar and Sam

He told us he climbed the mountain every day for 2850 days and today his lifetime total was 6200 climbs. I asked my question that was puzzling me all along – “Why?”. To my surprise, his answer was very simple  – “I set a personal goal.” He said he still averages about 300 times a year and has taken “bigger responsibilities” like adopting part of the Appalachian trail. He said he will keep coming here as long as he can. With that he started his descent and we could not help notice Larry picking up every small piece of litter along the trail on his way down. That is when it struck me about his personal affection and care for the mountain. The mountain and the trails are his family. This ironically also answers my earlier question about the popularity of the mountain. It doesn’t have to be the world’s biggest mountain or have challenging trails to be special. A mountain being special is a personal thing. Each person perceives and experiences the mountain in their own way and has to find their own connection to the mountain. 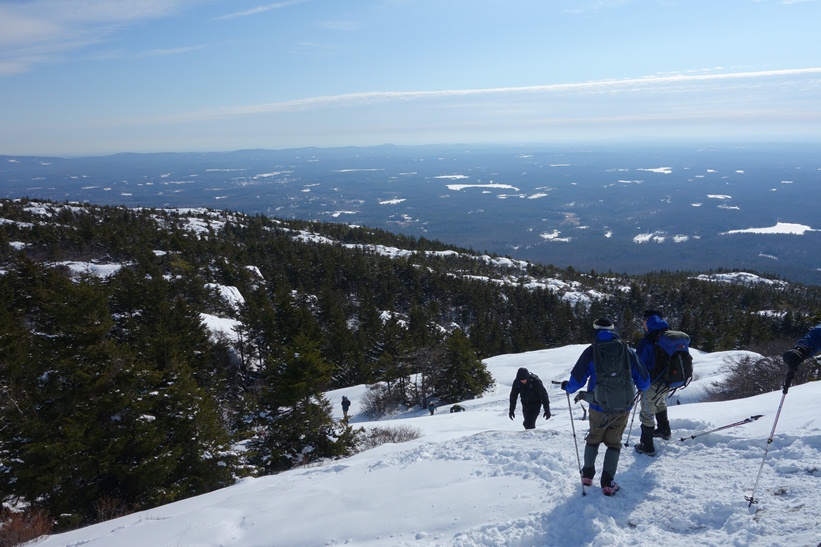 The mountain that inspired the likes of Emerson and Thoreau continues to inspire hundreds of people everyday. Go find your inspiration. Go Monadnock!

2 thoughts on “Larry Davis – One Man’s Passion for Mt. Monadnock”